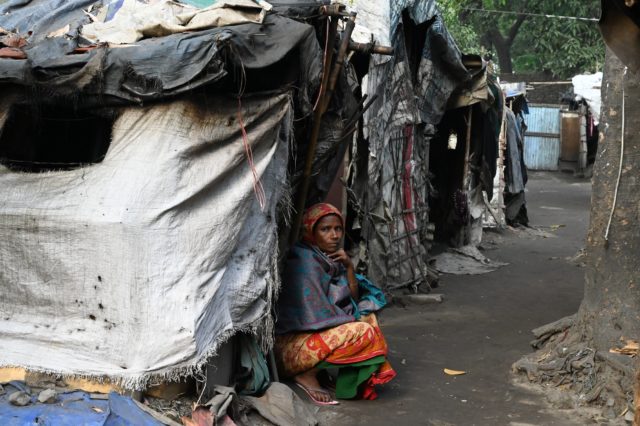 At 8 p.m. on 24 March 2020, the Indian Prime Minister announced a three-week lockdown starting from midnight 25 March 2020, which was later prolonged to 3 May 2020. The imposition of the lockdown by the Indian government was found to be the most stringent compared to any other country in the world. The lockdown included the suspension of all modes of transportation systems and the intrastate borders were sealed. The timing and stringency of the measures by the Indian government have been received favourably, even garnering praises from the World Health Organization (WHO). But, declaring a lockdown with a four hour notice, in a country with 1.3 billion people, where 21.92% of the population lives below the poverty line resulted to be a hard hit on the citizens.

The global outbreak of COVID-19 has pushed the world into a pandemic, where most of the places in the world are under lockdown. Due to the lack of specific medicine or a vaccine for this virus, the best possible solution that has been proposed by experts is social distancing. To ensure adherence to social distancing measures, every national government has imposed restrictions on its citizens in some form, ranging from simple issuance of social distancing to imposition of strict lockdown. Thus, the strict lockdown implemented in India makes sense. However, the sudden disruption of normalcy caused by the severity of these measures coupled with the inefficiency of the Indian administration to mitigate the existing present issues has been the reason for multiple deaths, mainly of the impoverished people. The number of COVID-19 cases in India currently is 332,424 and the number of deaths is 9,520, which is increasing daily. Other than the deaths caused directly by the COVID-19, deaths have occurred due to poverty, existing diseases, starvation, suicides, loss of employment, police brutality, and the weak healthcare system.

Though a significant section of the population, so called white-collar employees, has the opportunity to work from home and gets paid the same as before the lockdown, there is no such possibility for the poor in India. The sudden imposition of the government restrictions led to the loss of employment, homes, jobs, and access to food. Domestic helpers are expected to work even if they are not able to due to the lockdown, so their employees are not willing to pay them their salaries. Daily wage earners, who work on a hand to mouth basis, have lost their source of income. The loss of income led to the loss of a livelihood for the people involved in the informal sector.

Another section of the population struggling with poverty are the farmers of the country. Agriculture is the most important sector of the Indian economy. Even before the outbreak, Indian farmers struggled due to low yield prices, the absence of tools and materials for farming, crop failure, and debts. Farmer suicides as a result of poverty caused by repayments of debts have been in the news for quite some time. The sudden lockdown has taken a toll on the farmers and the whole food supply chain. Firstly, the markets were shut down. Therefore, the already grown stock could not be sold and was left to rot. Secondly, the lockdown led to the absence of cultivators to harvest the crop. Thirdly, the sealed borders did not allow for the crops to be transported from one place to another, failing the circulation of the crops and no incomes were generated by the producers. These factors made the situation worse. Reportedly more than a hundred farmers have committed suicide during the COVID-19 lockdown.

The Suffering of Domestic Migrant Workers

In India, there is a lot of economic disparity between states, which makes interstate and internal migration a common phenomenon. There are roughly 455 million domestic migrants in the country of which approximately 194 million people have migrated for work purposes.

The sudden imposition of lockdown impacted nearly 40 million internal migrants as there was a shutdown of the means to earn their daily wage. With no employment and means to a livelihood, going back to their place of origin was the only option left for numerous migrant workers. As a result of the suspension of public transportation and sealed interstate borders, migrants started to walk on foot to reach their homes. These journeys led to the loss of lives caused by lack of food, accidents, exhaustion and subsequent denial of treatment in hospitals. Apart from the strenuous march home, there have been other detrimental acts, such as spraying the 5000 migrants with disinfectant. As a precautionary measure in the state Uttar Pradesh, a group of migrants in Delhi was sprayed with a disinfectant by an area civic bodyworker. So far, over 130 migrants have been killed in accidents en route to their home states and the death toll is increasing.

Aftermath of the CAB/CAA Protests

In India’s capital Delhi, protests started in December 2019 against the National Register of Citizens (NRC) and Citizenship Amendment Act (CAA). On 23 February 2020, the city witnessed a riot, where there was bloodshed, in which 53 people died and thousands of people were injured. Houses and shops were burned down to ashes, people lost their settlements over the riot. The people, who lost their home, were moved to camps. On the 27 February in a press conference, the Chief Minister of Delhi, Arvind Kejriwal, said that Rs 10 lakh (11990 Euros) would be given to the families of those who lost their lives. Rs 1lakh (1200 Euros) would be given as payments, and the rest will be released after verification residential documents.

Before any kind of fund was released, the lockdown was implemented. When the lockdown was announced, some people left homeless by the riots did not know about it or did not have any place to go to and the camps had to be shut down overnight, with no place left for the victims to go to. Forced by the situation, the riot victims returned to their burned houses or are living on the charity of their relatives. Social distancing, the main aim of the lockdown, is far from possible as an option. Access to food, water, or even proper toilet facilities is absent in this area. The condition is fearful in this situation, and it will be even worse if there is an extension of the lockdown. The incident of riot followed by the lockdown left the affected persons of Delhi devastated. People fear that if Corona does not kill them, hunger will.

The police have been active workers during the lockdown primarily to keep the situation under control. It is not easy to keep a population of 1.3 billion people under control in conditions such as these, but police are putting in their best effort to maintain the stringency, sustain the discipline, and in many places even feeding the people. But at the same time, in some places, police brutality is extremely high. Police have been using force against people and beating them using sticks and rods. Even if someone is going out of the house to buy essential goods, it is not making any difference to the police. Up until now, there have been 12 deaths caused by police brutality in the period of lockdown.

The country’s healthcare delivery system has improved over time since India’s independence and is still improving, but it cannot be denied that health services are far from satisfactory, especially in rural areas. Efficient and comprehensive healthcare presupposes an expensive infrastructure, which not every state can afford. Even affluent states face the problem of increasing healthcare expenses. For economically impoverished states scarcity of resources may even hamper the development of a minimum infrastructure. There is one doctor for every 1,445 Indians as per the country’s current population estimate of 1.3 billion, which is lower than the WHO’s prescribed norm of one doctor for 1,000 people. The problem has worsened during this pandemic.

The healthcare workers are actively working towards levelling the curve in India, by testing and treating people affected by COVID-19. At the same time, the existing problems that people have are getting ignored. A huge number of people suffer from diseases and conditions such as heart problems, diabetics, COPD. Even pregnant women are not able to access regular check-ups. The condition of the healthcare delivery system in rural areas is worse and numerous people are not even able to reach hospitals in time due to the lockdown. Between January 30, when the first case of COVID-19 was reported in the country, and May 3, the last day of the second extension of the lockdown, an estimated 2,400,000 people have died. Strong health systems could have averted about 500,000 deaths.

The pandemic has been tough on the entire country, but the people belonging to the lower strata of the society have been hit the hardest. With the united battle against the virus, the continual problem of poor, the migrants, the farmers, the vulnerable are getting ignored. The decision of the lockdown might have been the appropriate decision considering the outbreak of the pandemic, but declaring a lockdown with a four-hour notice, giving the people no time to prepare reflects on the unplanned, uncoordinated attitude of central as well as the state governments. The pandemic and the lockdown have turned an inconvenience into a tragedy. The unpreparedness from the side of the declarers of the lockdown has brought the mortality tally up in India, additional to the deaths due to COVID-19.

Lahari is a Social Worker and student of the Human Rights Master programm at the Friedrich-Alexander-University Erlangen-Nürnberg. She is primarily interested in the topics of Right to Food, Health and Disability issues across the globe.