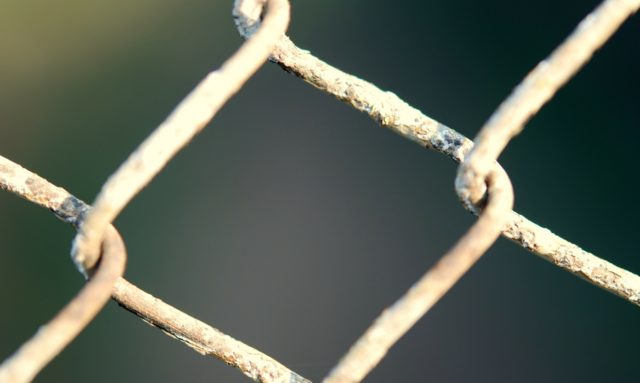 Detention and Abuse of Refugee Children in the US

They knew how dangerous their journey to the US would be, but they had no choice.

Back home in Honduras, Guatemala or other countries in Central America these refugees often faced gang violence, received death threats or simply lacked the basic food to survive. Especially families with young children are affected and are forced to flee. Their only hope is the US, were all children can receive an education and have enough food. But they also know that the trip there is especially dangerous for young children and teenagers. If they only made it all the way up north to the border and present themselves to the officials, they would be safe from the threats back home.

But just as they thought they were finally safe in the US, many children had to live through the worst time of their lives. Locked in cages, the children were kept hungry for days, were not allowed to shower or even sexually abused by their supposed caretakers – deprived of all dignity. Some crossed the borders with their parents, but were forcibly segregated before being put in detention facilities.

In early 2019, the US Justice Department revealed many of these incidences taking place between 2014 and 2018. The Department of Health and Human Services (HHS) received more than 4,500 complaints of sexual abuse against unaccompanied minors. Of the 1,303 cases that were deemed most serious and referred to the Justice Department, 178 were accusations that adult staff members had sexually assaulted immigrant children. Ted Deutch, member of the House of Representatives, said that the documents detail an environment of systemic sexual assault by staff on unaccompanied children in state custody. Sadly, the abuse of minors in US custody is not new. In 2014, immigrants’ rights advocates observed a sharp increase in complaints of physical abuse and neglect from children in the custody of the US Customs and Border Protection. The children were sexually assaulted, beaten and verbally abused, including death threats. Indeed, there seems to be an environment of systemic abuse in both state departments.

But how is such abuse and maltreatment by adult staff even possible in such a systemic manner? Maybe the answer can be found when looking at the reason why the children are detained in the first place.

In public discourse and news coverage immigrants have always been subjected to dismissive behaviour and are often seen as threatening to the receiving state. Thus, even migrants who lawfully present themselves at the border are often illegalized in public discourse – showing an erosion of the idea that people who seek asylum may actually be refugees. Within the context of Trump’s ‚zero-tolerance policy‘ regarding immigration in 2018 this kind of discourse has been especially prevalent. The detention of children is possible and justified via different arguments that have been previously identified by Kronick and Rousseau in the context of a Canadian parliament debate. They first point out that the argument that asylum seekers possess human rights which have to be upheld is often transformed into being a privilege rather than a right. Furthermore, the focus of the discourse shifts from highlighting the rights of the individual asylum seeker to rather focus on protecting the rights of the state and its citizens. Asylum seekers fleeing war, crime or poverty are thus not in need of protection anymore, but rather the state itself is depicted as needing protection from the threat of asylum seekers at its borders. Asylum seekers are criminalized and depicted as a threat to the law-abiding citizen. In this discourse, it absurdly becomes reasonable to detain and punish these illegalized and criminalized asylum seekers. This means that the state can therefore render certain people rightless, even though universalism and the inalienability of human rights are some of the basic principles upon which the liberal democratic state was founded.

In the best interest of the child?

However, the picture of the illegal and criminal asylum seeker does not seem to fit the prevailing discourse around children as being innocent and vulnerable. How then could the detention of migrant children be justified in the US? Firstly, children are legally – unless they are unaccompanied minors – not applicants for asylum themselves, but rather appendages to asylum seekers. This position affords them special rights as children, but at the same time robs them of rights as asylum seekers. If children are therefore detained together with their parents, the system is often blind for their concerns. They are invisible in the eyes of the law – because children are not officially mandated to be in detention, their best interests cannot be taken into consideration. If the ‚best interest of the child‘ is mentioned, it is often without actually making an effort to listen to these children themselves. Rather, it is assumed that it is in the best interest of the child to remain with their parents, which often translates to detaining the family altogether. In this discourse, children – because they are most vulnerable and innocent – cannot be depicted as criminals or illegals like their adult counterparts. In fact, they are instead presented as victims in need of our compassion. Painting the child as a victim warrants then to depicting the parents of the children as cruel and vile, thus even more deserving of detention. For the almost invisible, voiceless child and its family, detention is then reconfigured by the discourse to present a humane and safe space that is by far better than the conditions they fled from.

The role of the Trump administration

The Trump administration was often criticized for separating countless children from their parents at the border, even if the family did not cross the border illegally. Incidences were reported where mother and child were separated without even explaining what is happening or where the children will be brought to – often causing severe anxiety and trauma. The children, now officially labeled as ‚unaccompanied minors‘, were then detained in separate state facilities supposedly in their own interest to protect the children from their ‚criminalized parents‘. Ultimately, the state therefore retains power over the children, rendering them voiceless and creating a dangerous environment which can easily spark the exploitation and abuse of these children in its care.

Sadly, this is exactly what happened. From 2014 to 2018, 178 cases of sexual and other kind of abuse from adult staff on the detained children were reported. A different set of cases that has been made public in 2014, accusing the US Customs and Border Protection (CBP) of mistreating and physically abusing 116 unaccompanied minors in their care was not thoroughly investigated by the responsible department despite acknowledging ‚recurring problems‘ in their detention facilities. Rather, shortly after the department announced that routine inspections of detention facilities would be curtailed. The more recent 178 cases, however, have been transferred to the US Justice Department and thus will hopefully be thoroughly investigated and brought to justice. Yet, the underlying ‚environment of systemic sexual assault by staff on unaccompanied children in state custody‘ described by Ted Deutch is still not properly addressed. Some families are also not yet reunited, because there is no proper system in place to systematically locate and bring together family members. In summer 2018 Trump signed an executive order that on one hand restricts family separation ‚where possible‘. On the other hand, the order attempts to overturn the current limit that only allows the state to hold children and families with children in custody for up to 20 days to allow for an indefinite detention. However, until migrant children and adults are still detained at the border, such a toxic environment will continue to exist – making these horrible abuse cases almost inevitable.

Thankfully, organizations such as ACLU challenge the current family detention system and the conditions in detention facilities by filing class action suits. In 2015, they were successful in blocking the Department of Homeland Security (DHS) from relying on general deterrence as a basis to detain families. Furthermore, the advocacy organizations RAICES and KIND help provide migrant children with legal representation in court and lobby to make sure their rights are protected. In February this year ACLU also submitted an administrative complaint to the DHS regarding the mistreatment and abuse of detained sick children by the CBP. In some way this complaint – even though it is not directly linked to the 178 sexual assault cases that were made public in 2019 – provides a silver lining to hopefully someday resolve and redeem all cases of staff abuse of detained children.

Mona Enßlin is studying International Relations for her Master’s degree at the TU Dresden and is a former intern at the Nuremberg Human Rights Center. She is particularly interested in current migration policy challenges and the role of human rights in development cooperation.