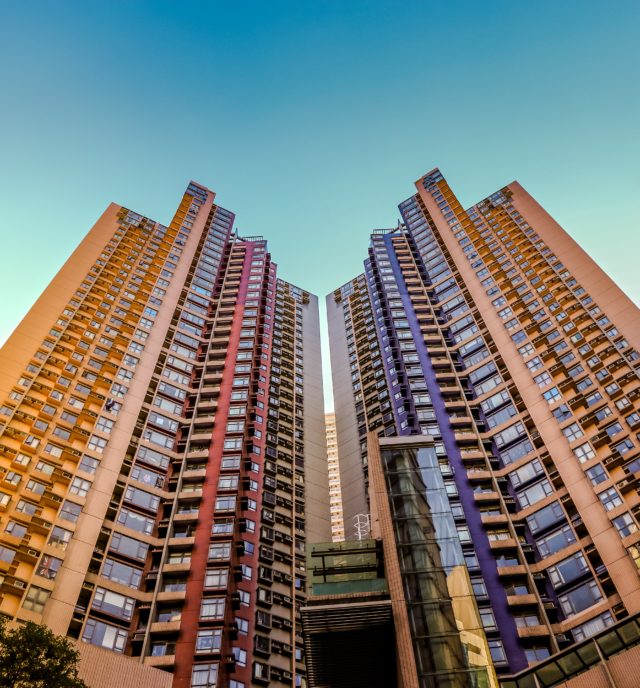 To prevent the pandemic from further spreading, governments in recent weeks started to enforce lockdowns and ordered people to #stayhome or #quedateencasa. All of a sudden, we have become involuntarily confined to our home, regardless of its characteristics, number of inhabitants, or location.

Few moments in contemporary history have made us appreciate so acutely what it means to have good quality housing. Now that we are all mandated to remain within our homes, we cannot escape, go out to work, to take a walk, to have a coffee, to exercise, to play in the park, to read on a bench. All activities have to take place within these four walls, in constant proximity to those whom we share our home with or in absolute solitude.

It has never been more imperative to reflect on the human right to adequate housing (set out in Article 25.1 of the Declaration of Human Rights), what “adequate housing” really is and how much it contributes in terms of quality of life; what it means to have a spacious and well-proportioned home surrounded by nature, with natural light, good ventilation and an outdoor space, a balcony, a garden or a roof terrace; and what a privilege it still is to live like this in the twenty-first century!

A closer look at our cities

A brief examination of our cities reveals that there is a vast amount of substandard housing: homes without electricity; windows overlooking tiny interior courtyards; homes shared by people who take turns between working and sleeping; overcrowded homes without privacy for any inhabitant; poor-quality housing, where any sound from the neighbours can be heard; or, as Juan José Millás describes them, „houses with fewer square meters than the national flags that fly on the facades of the official buildings.“

Elsewhere, the situation is even more alarming. In Lima, for example, about a third of households live in high or extreme poverty. Makeshift dwellings are made of lightweight materials. The inhabitants are not protected from the cold or heat and left exposed to the humidity constantly present in the atmosphere of Peru’s capital.

These dwellings accommodate families like the Cotrina Vigos. Their home sits on the slopes of a damp hill outside the capital. In this precariously built house of only 9square metres, with no running water or even enough space to set up a table, with a dirt floor and a single window opening onto an open garbage dump, they must experience the current confinement as torture, locked in a place they just want to escape.

„Nothing fixes people like a good house“ biologist and urban planner Patrick Geddes argued more than a century ago. Geddes studied the role of government assisted self-built housing while working on the development of a new industrial city in India just after the First World War.

A „good house“ can grow according to the needs of its inhabitants, adapt to life circumstances, and is a home its inhabitants can identify with. In this respect, it is also worthwhile revisiting the numerous experiments based on the idea of the “growing house” that were launched in the 1920s and 30s by Margarete Schütte-Lihotzky in Vienna and Martin Wagner in Berlin.

Of importance are furthermore the ideas put forth by John FC Turner in his article “Housing as a verb”, which describes aided self-managed housing construction in Peru in the 1960s as an alternative to the existing inflexible government housing programs. Turner defines housing as a process, not a product. The “fixing” that Geddes refers to can here be understood in the sense of reinforcing, emotionally empowering, feeling part of something, sharing and living together.

When housing is synonymous with speculation

The policies and practices of housing production, however, have strayed far from these values over the course of the twentieth century. Any dreams, ideals and yearnings related to housing have been exploited. They have gradually become synonymous with the capitalization of land, profit seeking, and speculation in metropolitan regions around the world.

Spain’s development during the “boom del ladrillo” – the real estate bubble – is considered a particularly concerning example of these practices. Even today, the urban periphery bears witness to the impact of the real estate bubble, whose inevitable collapse has led to the paralysis of many housing projects. They are monumental reminders of a destroyed suburban dream, and a symbol of the negative impact of uncontrolled speculative urban policies.

Meanwhile, there is a lack of affordable housing in our urban centres. The eviction of – often vulnerable – people, who are unable to pay their mortgage or the excessive increase in rent, is further evidence that housing has been reduced to nothing more than a product. In this respect, we must applaud the decision to stop evictions for the duration of the confinement, as it is the only humane alternative in these times.

It comes as no surprise that an increasing number of people are interested in alternative forms of coliving. The example of housing cooperatives demonstrates how the idea of housing as a process can be reinterpreted. Now that suddenly so many tourist flats are no longer profitable due to the lockdown, let us hope that the crisis will force us to rethink the present urban model – a strategy that is based on the extraction of economic benefits from the city’s temporary inhabitants, thereby tolerating the displacement of its permanent population and putting at risk the social fabric of our neighbourhoods and the uniqueness of our cities.

One thing we can hopefully learn during this severe crisis is what Ivan Illich calls „the reconstruction of conviviality„: conviviality as opposed to industrial productivity and capitalist performance based on the dogma of growth; conviviality based on the leadership of each individual and not just a strong state or the economy; conviviality as an intrinsic ethical value of a society in which individual freedom is exercised in interdependence with others and in relation to the environment in which we live, and where we care about how our fellow citizens live.

This article was translated from Spanish by Sigrid Ehrmann.