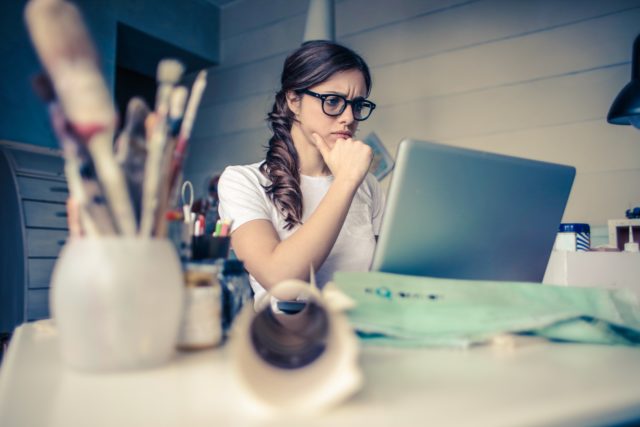 You’ve probably all heard this saying and you’re now wondering what this has to do with human rights. Well, currently, I am writing my dissertation on the implementation of the UN Convention on the Rights of Persons with Disabilities (CRPD). As part of my research, I am looking at international documents that need to be implemented in Germany – specifically on the local, municipal level. The originals of these documents are almost always in English and therefore need to be translated for the respective countries that are affected by them. In the case of Germany, they have to be translated into – ta da – German! This is where my introduction kicks in: Some concepts that are rather precise in the English original get lost in translation. In part, this is due to the fundamental nature of both languages. For instance: English has a much larger vocabulary; thus, forcing German to either use a loan word, create a word formation, or to express the word in a subordinate clause within the sentence structure the word is being used in. The first two help Germans win at scrabble, but with all they can easily get lost in translation.

Especially with documents of great importance such as the International Classification of Functioning, Disability and Health (ICF) or the CRPD mentioned above, which have an impact on millions of lives, it is important to have the correct phrasing and, as in the case of Germany, translation. Marianne Hirschberg pointed out in her dissertation about the ICF, that in the English original the components are classified using either positive or neutral terms, whereas the German translation exclusively uses negative phrasing. The German ICF even states in its preamble that the English term ‚health condition’ is translated with the ‘Gesundheitsproblem’, which has a far more narrow definition. An explanation is not given for this. One can only guess: Was it a lazy translator? Was it incompetence? Or was it true conviction that this was the correct and appropriate translation? The word “Gesundheitszustand” would have sufficed. Hirschberg argues – rightfully so – that the German word “Problem” has a negative connotation. In turn, one can be rather reluctant to address the issue of disability if it is already coined as a problem in an international document. Just imagine your typical employee of the local health department beginning to read through the German translation of the ICF and seeing the word “Gesundheitsproblem” right there on the first page after the table of contents. You can actually hear the “good grief”-sigh right now! I know this must seem like I have a rather pessimistic view, but my research has yet to prove me wrong.

So, what would be suitable alternatives in German? The ICF tries to come up with a solution. While it acknowledges that the English term ‘participation’ is ‘Teilhabe’ in German, they instead use the “original” term ‘Partizipation [Teilhabe]‘ for the translation. Their reasoning: ‘Teilhabe’ has a more specific meaning in Switzerland as it does in Germany, where it has a crucial significance in its Social Law. I think this solution in and of itself is acceptable. The reason, on the other hand, I find lacking. A cursory incognito Google search as to avoid personalized results – I know it’s not really academic – with the phrase “Teilhabe Schweiz” shows an outcome only slightly differing from results one gets when conducting a Google search with “Teilhabe Deutschland”. However, it is not in favor of the ICF logic.

While the former come up with “Teilhabe” closely related to disability with results ranging from the Swiss Federal Statistic Office to a study conducted by Andreas Pfister from the University Luzern called “Teilhabe von erwachsenen Menschen mit einer körperlichen, kognitiven oder psychischen Beeinträchtigung” to a definition of “Behindertenpolitik” (politics of people with disabilities) given by the SODK, the Swiss Cantonal Conference of Social Directors. These are all results on the first search result page. They all address topics regarding the social inclusion/participation concept as formulated in German (meaning country, not language) writings about “Teilhabe”; encompassing amongst others: inclusion in education, in the work force (so called “Erster Arbeitsmarkt” in Germany), in cultural events and so on.

The latter search, “Teilhabe Deutschland”, shows the following first couple of results: A Wikipedia entry for “Nukleare Teilhabe” (“nuclear sharing”: a concept in NATO’s policy of nuclear deterrence during the Cold War); the Wikipedia entry for “Teilhabe (Behinderte Menschen)” (a phrasing which in it of itself is problematic); and an article by Spiegel ONLINE on a study conducted by the Berlin Institute for Population and Development commissioned by the Wüstenrot Foundation. In the study, people with disabilities are only mentioned twice. Once, that they are a given part of city life in the Lower Saxon city of Rotenburg (Wümme). The other, that high number of students with a learning disability in the county Manzfeld-Südharz (Saxony-Anhalt) attending a special needs school is due to the “culture of unemployment” in the region.  As one can see, the search results pertaining to Germany differ greater than their Swiss counterpart.

Now, granted, I know there are problems with my argument here. One I have already stated before: the Google search is not very academic. Let’s, however, get back to our employee of the local health department (or any other municipal office dealing with this topic, for that regard): Do you really think they who have to deal with “Teilhabe” are going to go about this academically and do research on the topic in an academic setting such as a university library with (seemingly) endless resources about this? No, it’s highly unlikely. Rather, they will do exactly what I did: a cursory Google search with some phrasing similar to mine and will probably be disgruntled when the answer does not pop up right there on the first search page.

The other is, that the German ICF translation is from October 2005. Now it is February 2020. A lot can change in fifteen years. Maybe Switzerland is addressing the issue of “Teilhabe” for persons with disabilities more adamantly than it did in 2005. Maybe Switzerland just thought it would be easier to change its concept of “Teilhabe” to adhere more to the German concept of the word. Maybe Germany’s idea of “Teilhabe” has changed since then. Maybe none of this is the case, and the statement in the German translation of the ICF why “Partizipation” is used has been just flat out wrong all along. I do not know.

Nevertheless, these two issues with my previous argument bring me back to the topic at hand: translating the original English international documents on disability into German.

Translations need to be precise and at the same time user-friendly. Employees on the municipal level need to be able to easily understand them without having to do secondary Google searches. It is not just employees, though, that need to be able to understand them. City council members, mayors, but most of all people with disabilities themselves need to know and understand what regards them, what influences their everyday life, because that’s what makes participation and Teilhabe. Persons with disabilities need to have a say in all of this. I also strongly believe that persons with disabilities should actively participate (in the English sense) in the official translations of these international documents. This way, there will be no need to have a so-called “Schattenübersetzung”, which is an unofficial translation of an international document, as is the case with the CRPD, for example. Without their participation, there will never be progress. I would like to remark that I fully understand and support the need for translations into “Leichte Sprache”, plain language.

Change is the other issue. Modern languages that are still in use are not stagnant; they are not a dead language such as Latin, though many a Latin teacher would disagree with me here. So if language evolves, then the concepts, which are created out of words, are also susceptible to change. Why does language change? Because people change, society changes. Wouldn’t it be good then, to make sure that the translated documents could be able to address and adapt to social change without muddying the core concepts of the original English translation? It would make realizing the crucial goal of social inclusion of persons with disabilities, a difficult task indeed, that much easier in Germany.

So, just to drive the point home, let me end how I started: with an example not necessarily relevant to my specific topic.

The beginning of baseball season in the United States is parallel to the end of the Bundesliga season in Germany. All the baseball teams say then: “Hope springs eternal”, while the soccer teams who fear relegation or are extremely close to achieving their season goal say: “Die Hoffnung stirbt zuletzt.”

The initial blog entry was written in April 2014 for a colloquium at the Human Rights Institute of the University Erlangen-Nuremberg and has been updated for current relevance.