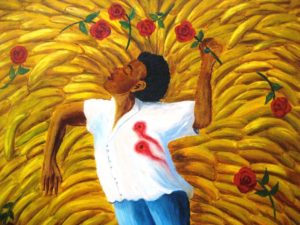 Challenges following conflict are myriad, and because no two conflicts are alike, there is no one-size-fits all approach to post-conflict reconstruction. Depending on the conflict’s nature, intensity and duration, there are various pressing infrastructural and public health concerns to address immediately post-conflict. Insecure access to hospitals, for example, may pose problems in one region, whereas environmental degradation might affect access to clean water in another context. Indeed, every human right, from social and economic rights like access to food, water, and housing, to civil and political rights, can be impacted.

Solutions to each of these challenges will need to be addressed within the unique historical context and local socio-political environment, with the most vulnerable – inter alia women, ethnic and religious minorities, children, people with disabilities, and the elderly – deserving special attention and participation in the process. While conflicts can upturn existing social structures, these vulnerable groups are often marginalized by the society both pre- and post-conflict. In Syria, for instance, flooding mostly impacts women, as they “bear the responsibilities of running households, childcare and rebuilding homes,” which in turn can have a domino effect: floods also resulted in “girls dropping out of school to look after younger siblings and do the chores.” (Hanna, 2018) Challenges can then compound as they impact vulnerable groups.

Within these vulnerable groups are not just women and children, but also those who do not fit neatly within a socially-constructed gender binary. Rather, violence against sexually and gender non-conforming groups, including those in the LGBTQIA+ community, demonstrates that they are some of the most vulnerable. (Nyanzi, 2013; Thomann, 2015; van Klinken, 2015) Although the challenges that emerge after conflicts are diverse, themes persist across time and geographic lines. Integrating a gender-mainstreaming approach to reconstruction can inform the understanding of these persistent themes and mitigate some of the issues in post-conflict settings.

1. Recognizing the gendered nature of conflict and its post-conflict impacts

Gender roles influence how people experience conflict and the transition to peace. “Feminist research has established that men and women experience conflict and post-conflict situations differently,” writes Lori Handrahan in Conflict, Gender, Ethnicity and Post-Conflict Reconstruction. Existing power imbalances along gender lines at the regional and global levels exacerbate inequalities in post-conflict situations: “National and gendered identities … combine to put women at risk, while simultaneously providing little room for them to voice their security problems.” (Handrahan, 2004) Women often experience legal and de facto discrimination based on their gender, and minority women face additional intersectional discriminations, and these realities do not disappear during and after conflict.

More to the point, “war is inherently gendered,” Rawwida Baksh states in her analysis of Gender Mainstreaming in Post-Conflict Reconstruction, “not least because the armed forces in any conflict … tend to be made up predominantly or even exclusively of men.” But also, she writes, “because notions of masculinity will affect the conduct of individuals and groups within those forces.” (Baksh, 2004) While men may be the predominant participants in armed forces, women also fight in conflict but their participation is viewed differently. The masculinization of conflict thus not only affects those taking up arms, it also affects who is considered in post-conflict reconstruction and how.

For example, Susan McKay’s study on women returning from fighting forces in Sierra Leone and Uganda found that “few girls go through official UN processes of disarmament, demobilisation, and reintegration.” (McKay, 2010) Women and girls who participated as soldiers in conflict are instead called “‘females associated with the war,’ ‘dependents,’ or ‘camp followers,’” and subsequently “de-emphasized” in both policy-making and practical DDR training, explains Megan MacKenzie in her research on the same issue of disarmament in post-conflict Sierra Leone. (MacKenzie, 2009) Whereas male soldier’s participation in the DDR process is viewed as a security concern, women’s reintegration is viewed as a social issue and therefore de-prioritized. (MacKenzie, 2009) This is just one of many examples where gender impacts the approach taken toward post-conflict measures.

Moreover, the masculization of war often leads to women and girls who are involved in conflict being additionally victimized, and women then face higher risk of abuse such as forced prostitution and sexual assault, and the accompanying psychological and physical repercussions such as Post-Traumatic Stress Disorder and higher rates of HIV transmission. (McKay, 2010) Girls’ frequent exclusion from the standard DDR process means that these women face “enormous challenges to physical and psycho-social recovery.” (McKay, 2010) Gendered stereotypes existing within development organizations, as evidenced here by the failure of the UN process to address girls post-conflict, contributes to an atmosphere where women’s roles in the conflict are ignored or their concerns are marginalized, leading to poorer outcomes for women.

In contrast, research on pathways toward women’s empowerment shows that when the needs of women are addressed, particularly sources of insecurity post-conflict such as sexual harassment and safety at work, the outcomes for female empowerment are better. (Hossain, 2012) In turn, women’s empowerment stands to benefit the peace and stability of society as a whole.

Reconstruction is consequently an opportunity to increase social equality across the gender spectrum. In order to realize this goal, local and international peace workers – including policymakers, activists, development organizers – should therefore consider the inherently gendered reality of conflict, and these actors should also work to uncover their own gender biases when addressing post-conflict concerns.

Addressing post-conflict situations through gross economic growth alone does not ensure a sustainable and equitable future. Peaceful outcomes also “depend on how these resources are used—whether for buying weapons instead of producing food, or building houses instead of providing health care,” writes Peter Uvin in the Journal of Peacebuilding and Development. Allocation of development aid should therefore be done with a goal addressing the needs of the most vulnerable, including women, children, as well as sexual, ethnic and religious minorities. Additionally, systems should be put in place that empower people from these groups throughout the allocation and reconstruction planning process to ensure that their unique needs are met and situations accurately understood. Gender stereotypes that victimize women or villainize men and their role in the conflict, for example, can cause disenfranchisement within the local context post-conflict. A person’s political involvement or their contributions to household and family work can vary based on gender expectations, which then contributes to their ability to contribute to reconstruction.

Approaches to addressing gender inequality often ignore the historical and socio-political backdrop of the country, which poses a risk to well-intentioned policy and economic support. After the U.S. invasion of Iraq, for example, reconstruction efforts aimed at women’s equality did not sufficiently address the “root causes of suffering and discrimination experienced by vulnerable populations following armed conflict,” writes Jenna Breslin in the Emory International Law Review. Instead, she argues that States must understand “that factors such as poverty, diminished access to life-saving resources, unemployment and insecurity all intersect with gender to perpetuate conditions of vulnerability, suffering, and violence.” (Breslin, 2019) Essentially, by applying the Vulnerability Theory developed by Martha Fineman, she argues that the affected State bears the responsibility to address the systemic causes of gender inequality, rather than have the invading or saving power impose its own view of how to implement this goal, which can result in increased inequality post-conflict as is the case in Iraq.

When vulnerable groups are centered in the process of reconstruction, especially if this process is done along terms described by them, then individuals directly affected by conflict can address local challenges in with a fuller understanding of the socio-historical contexts. In practice, this involves appointing representatives from minority groups to every level of local, national and international reconstruction efforts from the very beginning. This also includes creating systems where their participation is integral to the creation of plans, agendas, and messaging. The insights and investment of vulnerable groups can contribute to a more effective implementation of post-conflict reconstruction measures.

In the same way that policies intending to promote gender equality are not a sufficient replacement for actual inclusion of local women in the reconstruction process, many “basic assumptions of the liberal peace are not challenged and potential alternatives are overlooked,” writes Michael Pugh in the International Journal of Peace Studies. In particular, Pugh points to the UN peace-building missions and the international community’s support of the Millennial Development Goals as two unchallenged righteousness behemoths. Instead, he argues for “an inclusive/emancipatory participation of local actors and structural diversity in political economies,” which can provide “alternative options to the revisionist ideology that is embedded in a liberal structuring of global political economy.” (Pugh, 2005) This means that even the starting point for reconstruction, and the narratives that are told about it, should be developed with an open view on the many possible futures for the society in question, for example taking a more communitarian rather than individualistic approach to social care post-reconstruction.

The measurement of success of post-conflict reconstruction also poses gendered challenges. One definition for post-conflict success is, for example, “development outcomes are measured by the improved quality of life for a majority of people.” (Uvin, 2002) However, these success measurements are not gender-blind, and require an integrated approach when establishing goals, during data collection, and in the re-evaluation stages. Some infrastructural issues can be identified, funded, measured and resolved more straightforwardly, while other societal changes are more difficult to tackle directly. The participation of women in elections, women’s safety when walking alone at night, girls’ access to education, and other important indicators of gender equality may take longer to develop, are the results of other macro-trends, or are more difficult to measure due to their subjectivity, but are nonetheless important factors to consider in post-conflict reconstruction.

This non-exhaustive list of challenges to ensuring gender equality after times of conflict presents a point for discussion on peace-making that builds on the work of existing research and literature. Persons and organizations genuinely interested in seeing peaceful outcomes for everyone equally should first recognize the inherently gendered nature of society; insist on the direct participation of vulnerable groups in reconstruction processes; and question their own manner of engagement with post-conflict narratives and measurements for success.

Uvin, Peter. “The Development/Peacebuilding Nexus: A Typology and History of Changing Paradigms,” Journal of Peacebuilding and Development. Published: 2002. Accessed: 9 Sept 2019 via https://slidelegend.com/peace-conflict-and-development-in-africa-a-university-for-peace_59b3ff741723ddf2725ef9a3.html as it appears in McCandless, Erin and Tony Karbo. Peace, Conflict, and Development in Africa: A Reader. University for Peace. Published: 2011.