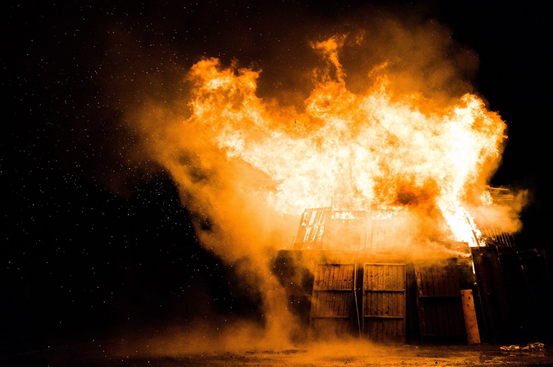 On 4 August 2020, the world witnessed a deadly blast in Lebanon, Beirut, caused by 2,750 tonnes of ammonium nitrate precariously warehoused in the city’s harbour. The explosion killed 220 people, with 110 people missing, injured at least 6,000 people, and an estimated 300,000 have been displaced.

After the civil war in Lebanon (1975-1990), Lebanon’s public infrastructure was never fully built. The presence of multiple religious and political groups with frequently changing leadership in the country provided the government with less scope to even enact changes for improving the infrastructure. Also, Lebanon has a reputation for being a corrupt state at various levels, be it the political parties, police, etc., which further affects the country’s development and gives rise to multiple human rights violations. Aside of these violations, the people residing in the country have often struggled with issues of not having access to clean water, proper sanitation facilities, healthcare, and electricity due to an inadequate infrastructure, which in and of itself can also be considered a human rights violation.  The blast brings a massive crisis to the country. It has been an eye-opener to several countries worldwide, one example being India, where 740 tonnes of ammonium nitrate was stored in the city of Chennai. After the Beirut incident, the authorities took measures to remove it and installed safety measures regarding its storage.

From the economic aspect, in a country with 6.849 million people, 28.6% of Lebanese households are weak as of 2016, according to Oxfam, and 8% are considered extremely poor or below the lower poverty line. Even the population considered to come in the upper poverty line are people who earn up to 4 Euros per day.

Moreover, estimates from the International Monetary Fund (IMF) show that Lebanon is the third-highest indebted country in the world in terms of the debt-to-GDP-ratio, which is 155%. The Lebanese currency is collapsing, which has led to massive inflation as its value has fallen by 80% since October 2019.

The unemployment rate in Lebanon has swelled up to 550,000, equating to one third of the workforce. Since the start of the economic recession in October 2019, there has been a loss of 350,000 jobs and 200,000 jobs, which represents a calamitous financial disaster. The situation in Lebanon is considered to be the worst economic disaster in history. Lebanon’s unemployment percentage has grown and has reached over 30%. There was an on-going economic struggle, even before COVID-19, and the pandemic has amplified the problem.

For a long time, there have been multiple protests in Lebanon, like the Cedar Revolution in 2005 and strong objections culminating in demonstrations against the US-Saudi backed government from 2006 to 2008. Moreover, there have been protests in 2019 against increased taxes, prices of gas as well as tobacco and against charges to use WhatsApp. In the same year protesters demanded better healthcare, transportation, infrastructure and an overall overhaul of the political system, which led to the prime minister to resign. In June 2020 there were protests caused by a lack of infrastructure and government support against rising inflation, unemployment and currency depreciation. Further uprisings occurred due to increased prices of goods, political instability as well as corruption.

Who is responsible for the citizens if there is no authority?

As one can see, Lebanon has been continuously experiencing multiple disasters and has been undergoing an economic, social, and political crisis, aggravated by the COVID-19 pandemic. Now the Beirut blast has stimulated the country’s condition to worsen further. The recent explosion in the country’s capital led to more people take to the streets to protest, as the disaster could have been avoided if the authorities had been more careful. People blame the government for the negligence at the Beirut port, which devastated the city and ignited unprecedented popular rage. Unfortunately, the protest led to the government in power to resign from their position. Prime Minister Hassan Diab stepped down, saying, „[c]orruption in the country is bigger than the state,“ and „[m]ay God protect Lebanon.“ This is how the government shook off their responsibility to act during the current challenging situation. With this the country has the task of finding its third prime minister in less than a year. The citizens are already suffering, and are victims of these multiple human rights violations by the state’s mismanagement. With the disasters that Lebanon is facing on numerous aspects, Notwithstanding the occurrences, is it fair to the citizens of Lebanon to suffer without authority to look after them? Certainly not.

Lahari is a Social Worker and student of the Human Rights Master programm at the Friedrich-Alexander-University Erlangen-Nürnberg. She is primarily interested in the topics of Right to Food, Health and Disability issues across the globe.